Baisakhi specialA celebration of the harvest season, Baisakhi, is being celebrated with great fervour in Pune with 5 stars dishing out a Baisakhi special menu. Kangan in Westin, Pune is one such 5 star that attempts to make your Baisakhi celebrations even grander! 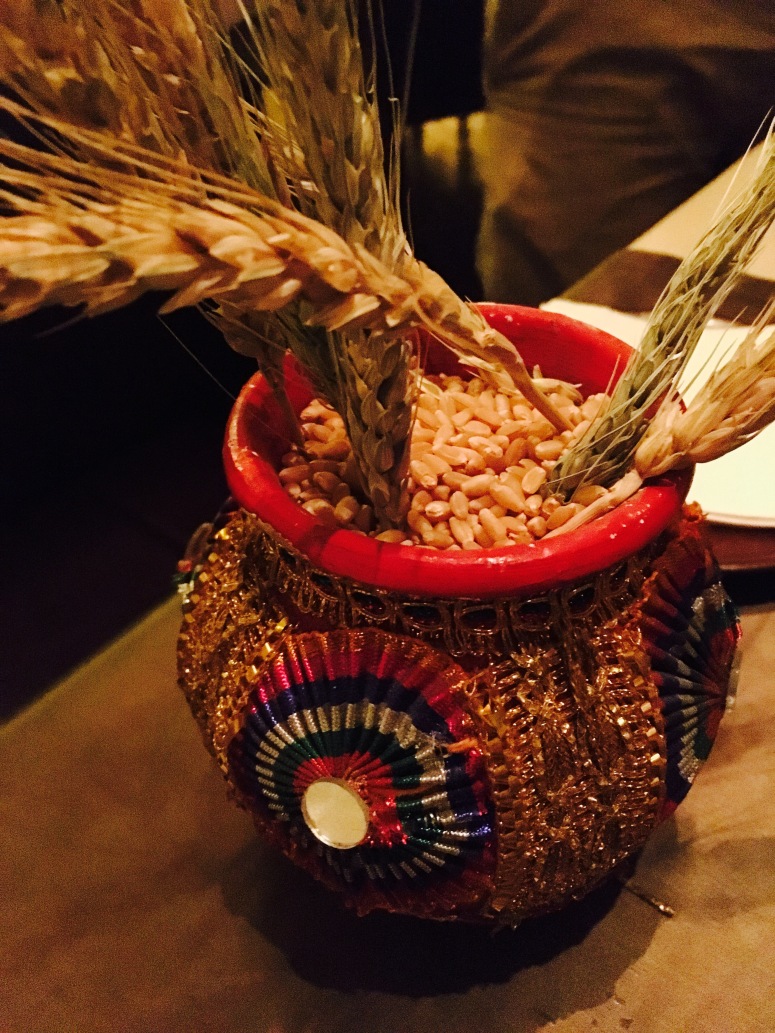 If you happen to be at this food festival that is running till the 17th of April, you could partake in the following:
The chat stall and the lassi-

Stationed in the lobby, just before you enter the restaurant is the chaat stall where you could savour some chatpata paani puri and dahi puri along with a selection of chaas and lassi. Lassi is the sweeter cousin of chaas and is served with almond garnishing. Lassi is a great option to cool off this summer.
Masala naaan : To much along, the masala naan is served as a starter. Spicy, buttery and cooked to the right crispiness, its the perfect finger food to go along with your drinks.

Rajma ka shammi kebab: Absolutely soft and melt in the mouth, this was a hatke preparation from the Punjab hinterland!
Kacchi ambi aur gosht ki seekh: Because it is the season of mangoes, raw mango was used in the most delicious way in this kebab. The raw mango lent the kebab a tangy, fresh feel.

Aloo til wale: These are sesame and potato sushi rolls, drizzled with mustard oil and were an interesting addition to the Baisakhi menu.
Amritsari fish: These did not impress us much. Maybe because the fish wasnt fresh and tender as it should be.

While we loved digging into the flavours of this root infused mutton, the methi murg was fairly average. We were looking at more powerful flavours, like the shalgam mutton.
Sarson ka saag: The quintessential Baisakhi classic, this festival is incomplete without the Sarson ka saag and makke di roti.

The kheer was something we hadnt tried before, garnished with nuts and had the right amount of sweetness. The mango phirni was a great addition to the dessert palate and alphonso mango was used as topping for the phirni. The jalebi was crisp and had the right crunch. The rabri and jalebi was a divine combination and we would surely go back for more of this.
All in all, a great place and a great menu to ring in the Baisakhi celebrations.